When I was nine I liked to poke a stick into ant nests I’d find in sidewalk cracks. Ants scattered in every conceivable direction. They ran in circles, they ran over and through each other. They screamed without logic. I was fascinated.

The state of professional transportation opinion in the US today is pretty much the same. The stick poked at the nest in this case was the report released by the National Surface Transportation Infrastructure Finance Commission this February. The opening ant-scream was the spanking Obama’s Press Secretary Gibbs gave to Transportation Secretary Lahood. We professionals cringed in unison. Gibbs was in turn spanked next day by Congressman Oberstar, chair of the Transportation and Infrastructure Committee. We cheered. Of course the press went in every ant-direction imaginable for that and for the release of the NSTIFC’s Paying Our Way report 5 days later. Joe Motorist will have gleaned no real insight, and after fears were supplanted by next days’ tedious economic headlines will have simply forgotten, secure in the fact that opinion was sufficiently variable that no leader could possibly find a coherent position.

It seemed to me that in the weeks following the release of the report, US transportation professionals were – among friends – largely in favor of the key message in the report: “The gas-tax is a clever and simple idea whose time has run out and paying-for-use is the tax-shift to fix it.” We mocked Gibbs, commiserated with LaHood, and delighted in Oberstar’s defense – which had just vindicated all of us. On the whole we nodded in unison at the work of Rob Atkinson’s Congressional commission. Of course we would not all recommend spending the revenue the same way, but we all seemed aligned with the principles: meter all road use and pay according to number of miles traveled weighted by when and where the driving happened and of course by type of vehicle used.

I have come to view Road Use Charging symposia as prayer meetings. We preach to the Converted, whine about Congestion (you should see the pictures!), decry the free-road Infidels, mock the road-building Atheists, re-explain the evident Dogma of Adam Smith’s market economics, and await the messiah of Multimodal Commuting – led by transit and bicycles, of course.

So this time, I expected a real love-in. I foresaw the celebration of a tremendous breakthrough after, depending on one’s professional age, 10 to 40 years of economic argument for internalizing externalities, for transportation demand management (TDM), for correcting outmoded taxation and for resolution via a tax-shift. We were about to have our own little “Yes, We Can!” rally; we’d threaten to break out in song.

But that was not to be. Instead, I found ourselves to be 90 people with 90 opinions. I was told during Mayor Bloomberg’s congestion pricing scare that there were 8.3 million transportation experts living in New York City. I thought that couldn’t happen at a transportation conference.

While everyone seemed to agree that the Highway Trust Fund (HTF) was bankrupt – someone from the American Association of State Highway and Transportation Officials (AASHTO) stressed “flat-assed broke” – there were factions in every ant-direction about what to do about it.

The NSTIFC report called for a serious look at GPS-based VMT charging over the next HTF authorization cycle (commencing shortly). Some real investment and a detailed decision whether and how to deploy. It then recommended, assuming it turned out as they hope (the “least stinky option” as one of the Commissioners candidly noted), that the subsequent authorization cycle, six years on, would launch VMT charging so that 250 million American vehicles would have VMT meters by 2020 just like the Dutch will have had by 2016.

But only half of the Austin attendees agreed. 50% assumed the Commission was right and puzzled over how to do it. How should it be packaged for the public? How can we overcome the “privacy problem”, and the cost problem? Should the Fed lead or the States? (…now, that was a hot issue!)

Someone pointed out that Oregon invented the gas-tax in 1919 and by 1928 all the other states had followed, while the Fed took until 1932 to catch up, evidently proving the federal government cannot be responsive. So states that are running out of money fastest should jump-start this (which is already clearly threatening).

Another said we’d soon have a dozen non-interoperable VMT transponders, implying less enforceability, and drivers unable to see out of their cluttered windshield. Another repeated that the Fed is too busy with the economy, and that some states can’t wait. Another proposed a national payment clearinghouse framework that States could opt into. One humorist said we should fold the USDOT into the Department of Health to get the attention this needs.

And that was just one issue.

Then it was: Who’s on first? “Trucks are on first,” said several. “No way,” said a representative of the trucking industry, “there are easier ways to tax if we really need the money, he said, still not clear on the concept. “But no one will accept increased fuel taxes”, lamented someone else.

Is it just me or is this starting to read like the online comments to a road-pricing newspaper article?

It was evident that only three people in the room had read the Commission’s report including one of its authors. Here I was at a prayer meeting and we were arguing over every piece of TDM dogma known to the profession. I had never felt so adrift.

Someone said we need to legislate that location data cannot leave the vehicle except under the motorist’s control. Someone else said that a parent should be able to see where her teenager is. Someone reminded us (again) that privacy was the biggest elephant in the room, but another scoffed: “E-ZPass already keeps all your data.” 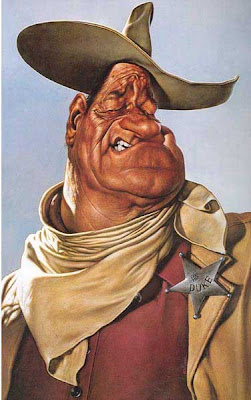 A representative of the AAA, who supports VMT charging(!), said: “We’re a John Wayne nation. It will be tough getting people to pay road taxes this way.”

Then the AASHTO speaker said something very sobering (numbers have that tendency). “The gas-tax currently funds 45% of the US surface transportation program requirements. We have three immediate choices (VMT charging is not immediate): we can [1] do nothing, [2] raise the gas-tax, or [3] take it out of the general fund – except there is nothing in the GF either.”

A Representative from Congress made an even more frightening point: “We cannot plan transportation in this country because next year’s transportation budget is set by last year’s gas-tax revenue. Since that is both uncertain and declining, we have no long-range planning guideline.”

Following this, another speaker made the point that if we priced electricity like we priced our roads, we’d have daily brown-outs which is effectively what traffic congestion is.

Then someone declared the biggest stinker: “We are funding a massive and critical system by taxing the very thing we want people to stop using. How stupid can we be?” And we are using less. We buy more efficient vehicles and are starting to drive fewer miles. The first victim of our fledgling green success story is our surface transportation system. [I recall my father’s favorite war story. A German U-Boat had sunk his merchant vessel. He and his shipmates all jumped into one of the lifeboats they were towing, but no one had a knife to cut the line! Tethering our transportation system to the gas-tax has the same effect.]

Someone pointed out that a one-sized VMT charge would be unfair to smaller vehicles. Another that the NSTIFC report said clearly that the fee should vary with vehicle type and size. One said: let’s just read odometers once a year, while another pointed out that many people could not cope with an annual lump-sum payment. The current average annual gas tax payment was reported to be about $240, so we’re talking three or four hundred dollars.

Wait a minute! Are you telling me this whole thing is all about a dollar per vehicle per day, i.e., about we spend per capita on tobacco each day?

Am I still just
poking at ants on the sidewalk, here?